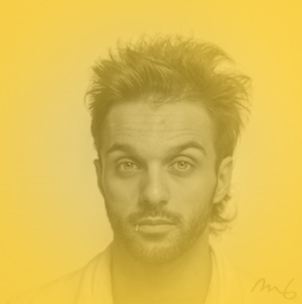 Maziar Ghaderi is a Toronto-based multimedia artist, educator and director that works with visual media and interactive technology. With a background in multimedia production, his work is situated at the intersection of technology, the experiential and creative direction.

With the direction of Marina Abramovic, Maziar was the media producer and on-site technical assistant for the 2013 Luminato Festival’s MAI Prototype, and has directed and produced his original work, Dissolving Self for the International Symposium on Electronic Art 2014 (ISEA) held in Dubai.

Maziar has also taught media production and conceptual development at OCAD University and Ryerson University, and holds a Diploma in Marketing Management, a Certificate in Entrepreneurship from McGill University, a Bachelors in Media Studies and a Masters in Design.

In past lives, Maziar has filmed obscure shorts in Vancouver, cut limes in Montreal, sold phrasal verbs in Brazil and worn cotton diapers in Tehran.

“Technology is a trickster and it has been so since the first culture hero taught the human tribe how to spin wool before he pulled over our eyes…”
– Erik Davis, TechGnosis